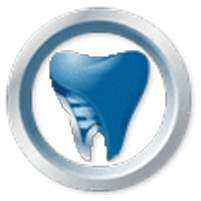 When your teeth are getting all the attention, it’s easy to overlook the care of your gums. Thankfully, Haitham J. Ennabi, DDS, knows that a healthy smile needs healthy gums, and offers exceptional periodontal services to all of his patients at Quality Dental Care in Hopewell Junction and Pawling, New York. Dr. Ennabi and his team at Quality Dental Care is dedicated to optimizing your oral health by providing you with the best in periodontics. To learn more, schedule an appointment today by calling the offices or booking online.

What is periodontal disease?

Periodontal disease is a bacterial infection of your gums. It happens when plaque and tartar are left to build upon the teeth for too long, and occurs in two stages: gingivitis and periodontitis.

In gingivitis, plaque and tartar on the teeth have just begun to irritate your gums. Your gums might be tender and swollen and bleed when you brush or floss them, but no permanent damage has been done yet, and the effects are reversible. If left untreated, however, gingivitis develops into periodontitis.

In periodontitis, the plaque and tartar on your teeth irritate your gums to the point where they begin to pull away from the teeth, creating “pockets” between your teeth and gums. These pockets are highly susceptible to collecting bacteria and debris that further irritate your gums and cause them to recede even further. As this cycle continues, the tissue and bone structures that hold your teeth in place slowly decay, which frequently leads to tooth loss.

What are the symptoms of periodontal disease?

Some of the more common symptoms of periodontal disease include:

Periodontal disease is known to develop “silently,” though, and frequently presents its symptoms subtly. Many people don’t even know that they have the disease until it’s already in its later, more damaging stages. Fortunately, Dr. Ennabi and his team are able to monitor the progression of gum disease and catch and treat it in its earliest stages, which is why it’s so important to maintain regular appointments and cleanings with Quality Dental Care.

How is periodontal disease treated?

The best treatment for periodontal disease is prevention, which is entirely attainable by practicing good oral hygiene at home. There are a number of treatments that Dr. Ennabi and his team can administer to get your gums healthy again if you’re showing signs of the disease.

In its earliest stages, periodontal disease can be treated by simple dental cleanings. Professional-grade cleanings can remove the plaque and tartar from your teeth and give your gums a chance to recover.

Dr. Ennabi and his team can treat later stages of the disease with a procedure called scaling and root planing. Scaling is a process by which your periodontist deep cleans your teeth both above and below the gum line in order to remove all of the infectious plaque and tartar. After scaling, your periodontist will smooth down the surface of your teeth in a procedure called root planing, which makes it more difficult for plaque to build up and gives your gums an easier surface to attach to.

Don’t wait to give your gums the care they deserve. Schedule your periodontics appointment with Quality Dental Care today by calling the offices or booking online.